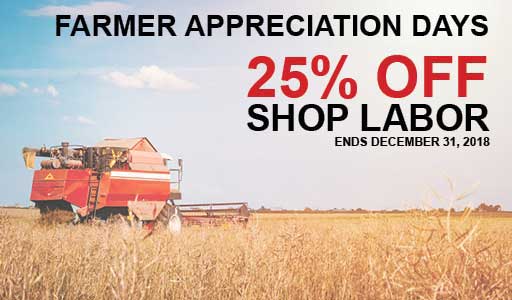 As you know, Radiator Pros is all about heavy duty radiators, AC condensers, charge air coolers, and turbo chargers. But, we’re also a small, family owned business that thrives because we’re always looking out for so many other small, family owned businesses – our over the road drivers. Just as our own families have stories to tell, we have heard many stories of your families and the way that we have been a part in some of them. In this blog we’d like to share one of those stories with everyone.

The call came in late on a Tuesday afternoon; the driver who made the call was an owner/operator of a 379 Peterbilt who had found our advertisement in the American Trucker magazine. The call was taken by one of the ladies (yes, her gender is important to the story) in our office who began to ask questions about what part he was inquiring on. The man supplied the truck information and a number off the radiator so she was able to identify the heavy duty radiator that he needed with ease. After quoting the price and giving him the product information, she asked where he was located in order to detail the shipping information and see when he would receive it. After looking up the zip code to his location she informed him that it would be two days, but because it was nearly closing time it would not ship until the next day. To that, she heard a very heavy sigh and a very sorrowful voice saying, “That’s a day too late.”

The driver slowly began to explain that he had a load of produce, a firm schedule, and his truck was completely down. He found someone to change out the radiator, but everyone was telling him the same timeframe and it was a day too late and he HAD to be home by that Saturday! Our Radiator Pros salesperson’s wheels began to turn wanting to help this man out; he really was in a jam! Her first thought was to try to have it shipped from a location that would decrease the transit time by a day. However, it was the end of her day and he was calling from a time zone an hour later in the day – no help there. Then, she asked the man to hold for a moment and decided she would find a way to do it.

Paging one of the guys from the warehouse to the office, she dialed the number of the LTL carrier who had picked up from them already that day and asked for dispatch. As she was connected to dispatch the warehouse employee approached her desk. Handing him a post it with the Peterbilt radiator part number on it she said, “Can you pull this and put it in the delivery truck, please?” Just then, dispatch answered. She asked what the latest time was that she could drop off a shipment to make the line haul that night – she had thirty minutes.

After thanking the dispatcher, she jumped back to the owner/operator and said, “It’ll be there Thursday!” The driver could barely believe his ears and thanked her repeatedly. As she drove to the truck terminal she thought how great this day was because she was able to pull this off for a driver that really needed someone to come through for him.

The following Monday, the Radiator Pros sales department was filing into their desks for the day when there was a delivery for the salesperson who helped this driver of six yellow roses. As she read who they were from, she was at first a little confused because they were not sent from him, but from his wife. Then she read the note that came with it and it explained that there was far more to this story than she knew. The note said, “Thank you so much for making it possible for my husband to get home by Saturday. Our daughter was married and he was there to walk her down the aisle because of you.”

Whether you’ve got a Peterbilt, Volvo, Kenworth, or Freightliner, Radiator Pros is here to do whatever we can to keep you running down the road so you won’t miss deadlines or the most important times with your family. As a show of thanks to all you owner/operators and drivers for letting us be a part of your family stories, we found a tribute to you – enjoy!  https://www.youtube.com/watch?v=K5g6HRbgKs4